Given the number and verbosity of alternative definitions pertaining to enterprise and systems architectures, common sense would suggest circumspection if not agnosticism. Instead, fierce wars are endlessly waged for semantic positions built on sand hills bound to crumble under the feet of whoever tries to stand defending them.

Such doomed attempts appear to be driven by a delusion seeing concepts as frozen celestial bodies; fortunately, simple-minded catalogs of unyielding definitions are progressively pushed aside by the will to understand (and milk) the new complexity of business environments.

As long as information systems could be kept behind Chinese walls semantic autarky was of limited consequences. But with enterprises’ gates collapsing under digital flows, competitive edges increasingly depend on open and creative business intelligence (BI), in particular:

Since BI has to take into account the continuity of enterprise’s objectives and assets, the challenge is to dynamically adjust the semantics of external (business environments) and internal (objects and processes) descriptions. That could be explained in terms of gravitational semantics.

Assuming concepts are understood as stars wheeling across unbounded and expanding galaxies, semantics could be defined by gravitational forces and proximity between:

On that account semantic domains would be associated to stars and their planets, with galaxies regrouping stars (concepts) and systems (domains) bound by gravitational forces (semantics).

Semantic Dimensions & the Morphing of Concepts

While systems don’t leave much, if any, room for semantic wanderings, human languages are as good as they can be pliant, plastic, and versatile. Hence the need for business intelligence to span the stretch between open and fuzzy human semantics and systems straight-jacketed modeling languages.

That can be done by framing the morphing of concepts along Zachman’s architecture description: intensional concepts being detached of specific contexts and concerns are best understood as semantic roots able to breed multi-faceted extensions, to be eventually coerced into system specifications.

Managing The Alignment of Planets

As stars, concepts can be apprehended through a mix of reason and perception:

The benefit in both cases would be to delay verbal definitions and so to avoid preempted or biased understandings: as for the Schrödinger’s cat, trying to lock up meanings with bare words often breaks their semantic integrity, shattering scraps in every direction.

In contrast, semantic orbits and alignments open the door to the dynamic management of overlapping definitions across conceptual galaxies. As it happens, that new paradigm could be a game changer for enterprise architecture and knowledge management.

From Business To Economic Intelligence

Traditional approaches to information systems and knowledge management are made obsolete by the combination of digital environments, big data, and the spreading of artificial brains with deep learning abilities.

To cope with these changes enterprises have to better integrate business intelligence with information systems, and that cannot be achieved without redefining the semantic and functional dimensions of enterprise architectures.

Semantic dimensions deal with contexts and domains of concerns: statutory, business, organization, engineering. Since these dimensions are by nature different, their alignment has to be managed; that can be achieved with conceptual galaxies and profiled ontologies.

Functional dimensions are to form the backbone of enterprise architectures, their primary purpose being the integration of data analytics, information processing, and decision-making. That approach, often labelled as economic intelligence, defines data, information, and knowledge, respectively as resources, assets, and service:

An ontological kernel has been developed as a Proof of Concept using Protégé/OWL 2; a beta version is available for comments on the Stanford/Protégé portal with the link: Caminao Ontological Kernel (CaKe).

Wikipedia: Any sequence of one or more symbols given meaning by specific act(s) of interpretation; requires interpretation to become information.

Merriam-Webster: Factual information such as measurements or statistics; information in digital form that can be transmitted or processed; information and noise from a sensing device or organ that must be processed to be meaningful.

Cambridge Dictionary: Information, especially facts or numbers; information in an electronic form that can be stored and used by a computer.

Collins: Information that can be stored and used by a computer program.

TOGAF: Basic unit of information having a meaning and that may have subcategories (data items) of distinct units and values.

Wikipedia: A regularly interacting or interdependent group of items forming a unified whole; Every system is delineated by its spatial and temporal boundaries, surrounded and influenced by its environment, described by its structure and purpose and expressed in its functioning.

Merriam-Webster: A regularly interacting or interdependent group of items forming a unified whole

Business Dictionary: A set of detailed methods, procedures and routines created to carry out a specific activity, perform a duty, or solve a problem; organized, purposeful structure that consists of interrelated and interdependent elements.

Cambridge Dictionary: A set of connected things or devices that operate together

Collins Dictionary: A way of working, organizing, or doing something which follows a fixed plan or set of rules; a set of things / rules.

TOGAF: A collection of components organized to accomplish a specific function or set of functions (from ISO/IEC 42010:2007). 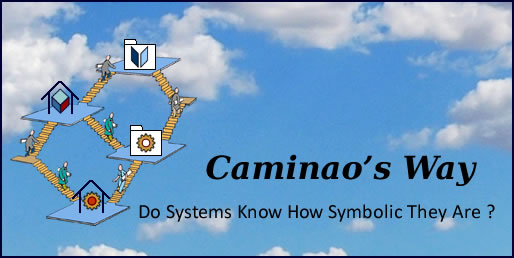